Paul Fortunato was born in Flushing, New York in 1962.  Fortunato is primarily a painter, although his last solo exhibit was exclusively 3D assemblage works, a first for him.  He graduated from the School of Visual Arts in New York with a BFA in 1984.  He later taught drawing and painting at SVA from 1993 to 2015.  Paul has had two solo exhibitions, one at the Hudson Guild Gallery in New York, and most recently, in Daejeon, Korea.  The show was titled “Survivor/ Castaway” and was his first solo exhibit overseas.   He has been in numerous group shows in the US and abroad, including Italy, France and China.  He has received several grant and residency honors, including from The Elizabeth Foundation For The Arts and The MacDowell Colony.

Since 2015 he has been living and working in Daejeon, as drawing professor at Hanbat National University.  His immediate goals are to secure a large studio in which to paint and in the long term to exhibit widely in Asia and Europe. 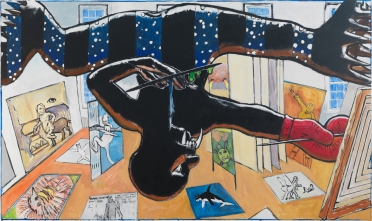 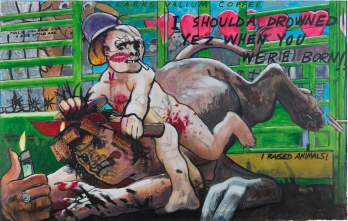 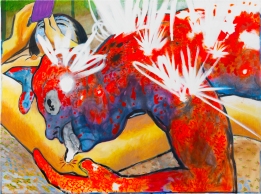 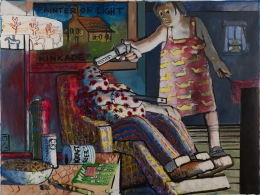